Informal restaurant & cocktail bar, it plays with the botanical concept, giving birth to a cozy environment that fits the mood of the moment in a pleasantly international dimension.
Burici was born from the idea of the young restaurateur Michele Pozzobon who wanted to create an intimate place by using materials, shapes, and inspiration that bring us back in time to happy childhood memories.

A dream turned into reality thanks to the artistic collaboration with La Centrale Interni – an interior design company founded by Alberto Colbertaldo, one of the coolest designers in Veneto – that has created a modern-vintage interior design that fit Burici’s vision to perfection, and Alessandra degli Azzoni Avogadro, who, as a perfect hostess, looks after the floral arrangements and decorations, adding a feminine touch of refined magic. The venue’s name also comes from Michele’s childhood: “Burici”, that in Latin means little horse, was, in fact, the owner’s nickname from when he was a little kid. Just by the entrance, an antique rocky horse toy, that Alberto managed to find in a flea market, is, in fact, Burici’s official mascotte. 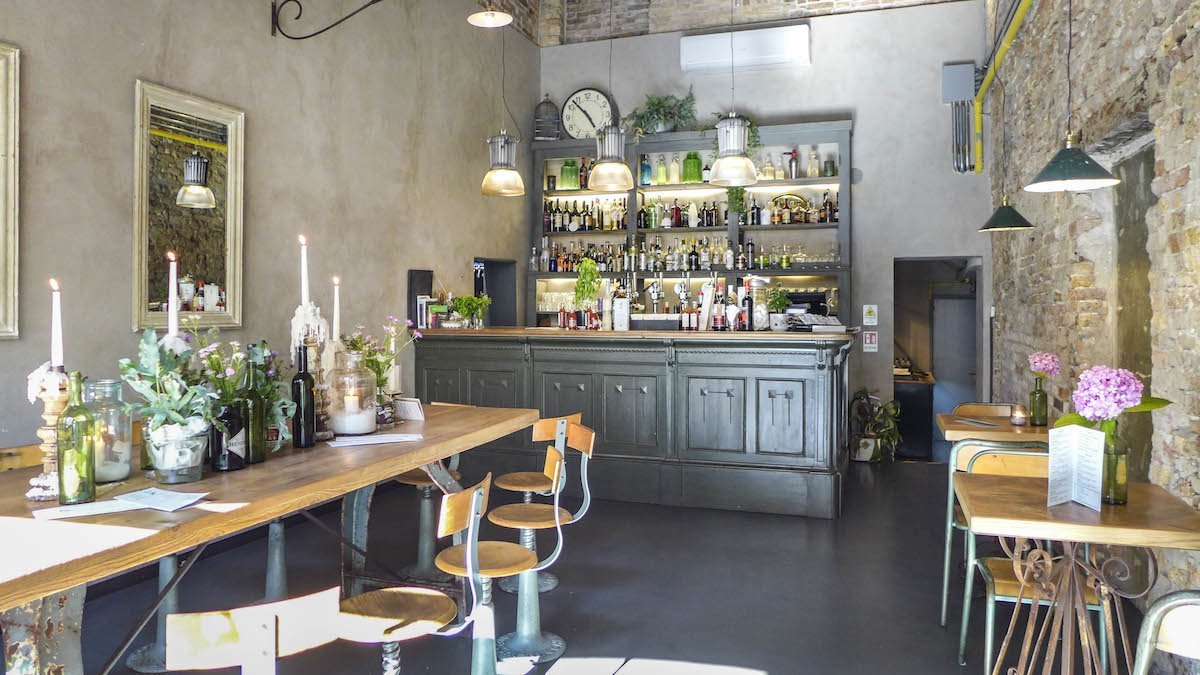 Recycled items found in antique and brocantage markets have been used to decorate the rooms, such as the tables made using old iron handrails and 19th-century parquet, the pendant lamps coming from French bistros, the chairs recovered from an old school, and the original umbrella keeper that comes from the San Carlo Theater in Naples.

The cuisine is also mainly about simplicity, but with extreme attention to the quality of the ingredients. Suppliers are above all Michele’s trustworthy friends: the meat comes from Austrian organic pastures, the aromatic herbs from the Spirito Contadino farm in Puglia and the bakery products are made by Ezio Marinato, one of the most renowned gourmet bakers in Europe.

The same attention is found in the drinks menu, the result of a careful search for biodynamic wines, artisan beers as well as a great selection of the finest gin and whiskey labels. Ask for the fab cocktails range such as the excellent variants of Americano and Negroni: the Negroni Berlioni based on Cynar and the American Turin with Cynar, Red Vermouth, bitter mint, ginger beer, and Angostura are definitely worth a try!

And if you enjoyed Burici, you will definitely love its latest brand extension: Little Garden, a charming house located in a seventeenth-century building that was originally part of an ancient monastery which once extended from via Manzoni to the Pescheria (fish market), one of the most picturesque areas of Treviso. 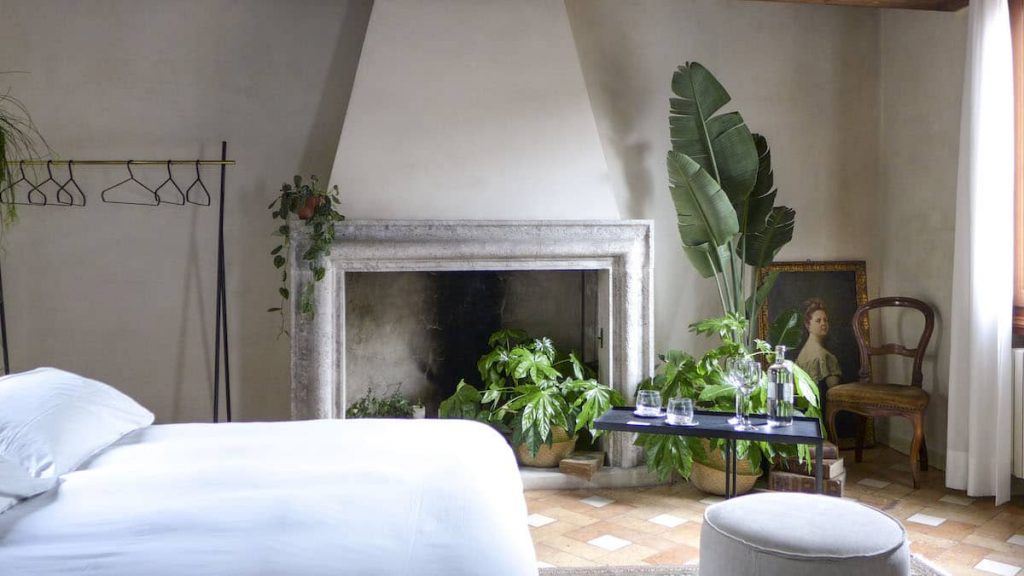 After a careful conservative restoration that has given new splendor to the antique finishes and decorations, from the 17th-century fireplace to the frescoes on the top floor, the guest house now offers three charming bedrooms, one different from the other, all overlooking the lovely courtyard, probably part of the ancient cloister of the monastery, and the small pedestrian street.

Inspired by the same Botanical style as Burici, the guest house’s interiors, coordinated by Alessandra and Michele, are a mixture of antique furniture, industrial touches, and comfy details such as the luxe beds by Gatti Ville Venete and the smart breakfast corner set up all day in the small kitchen that allows you to take a yummy break at any time.

The greenhouse that connects the dining room to the garden was designed by Alberto who took inspiration from the classic forms of the iron and glass technology that was applied for the first time in the 19th century in Great Britain. One of the most famous examples of this kind of architecture is Crystal Palace in London conceived by Joseph Paxton in 1851 for the first Universal Exposition. This innovation was created to ensure that the sun’s rays did not strike perpendicularly on the glass surfaces, while at the same time guaranteeing great brightness of the environment.