If Venice is the most beautiful city in the world, surely Ca Maria Adele is its most romantic treasure trove. Everything is just magic about this stunning luxury hotel, starting from its position: the sixteenth-century building lays, in fact, right next to the Basilica of Santa Maria della Salute in the Dorsoduro district, exquisitely residential, that has become one of the chicest and bohemian areas of Venice enclosed between the Guggenheim and Punta della Dogana.
The design boutique hotel was opened in 2004 by Alessio and Nicola Campa, heirs of an ancient family of Murano glass masters, refined globetrotters, and interior designers who at Ca Maria Adele have managed to create an oasis of exquisite good taste, beauty, and comfort.

Their love for the history of Venice and their ancestors’ cultural heritage can be seen in every marvelous detail of the hotel, from the choice of the name, combination of the names of their paternal and maternal grandmothers, to the details such as the huge black and white photo, hanging in the breakfast room, which features the largest glass chandelier in the world that was made for a Belgium casino by their grandfather. 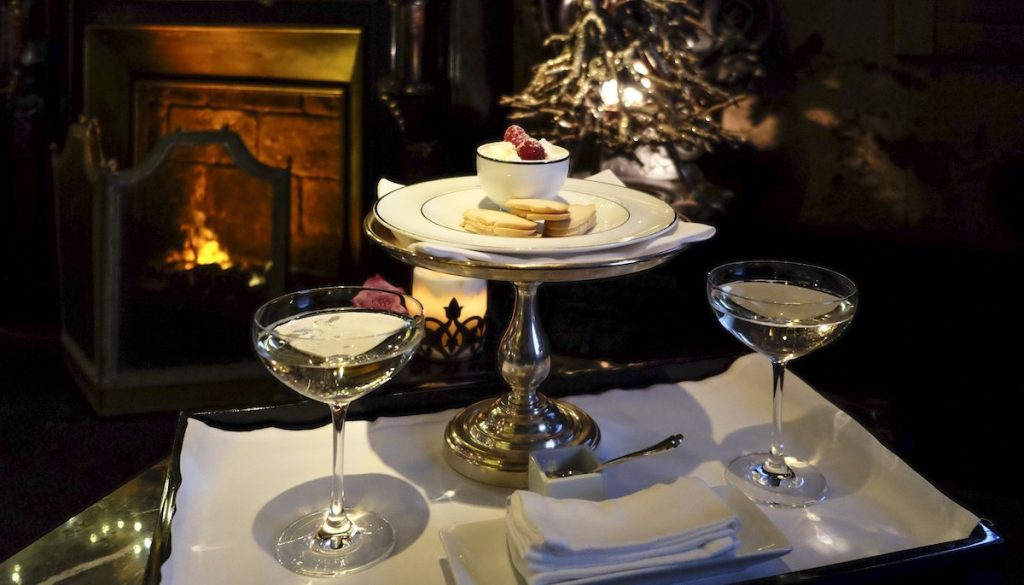 The interiors, completely conceived by Alessio and Nicola (www.campaandcampa.it), are a delight also for the eyes of the most exigent esthete and inspired by the Moorish Venice, that of the trades with the Far East and of cultural contaminations with the Byzantine Empire. Only unique pieces and fine antiques such as Indian and Moroccan statement pieces and Murano glass art-crafts, included many objects designed ad hoc by the creative duo such as the original Moorish hand sculptures that hold the abat-jour lampshades.

A luxurious opulence that does not miss to deliver a delightful touch of ironic modernity that is mainly found in the seasonal themed set-ups that enrich each room with fun design objects. Think of the myriad of Mouse Lamps by Seletti that decorated the Breakfast Room over the Christmas period or the Venetian Monkey Jungle by Seletti created on the occasion of Design.Ve.
Each of the twelve rooms, including 2 suites and one apartment, is furnished in a different style, from the Oriental-chic Stanza dei Mori, to the boho-chic Noir Room, up to the Room del Doge that has been elected the second sexiest room in the world by the Mr & Mrs Smith Hotel Awards. 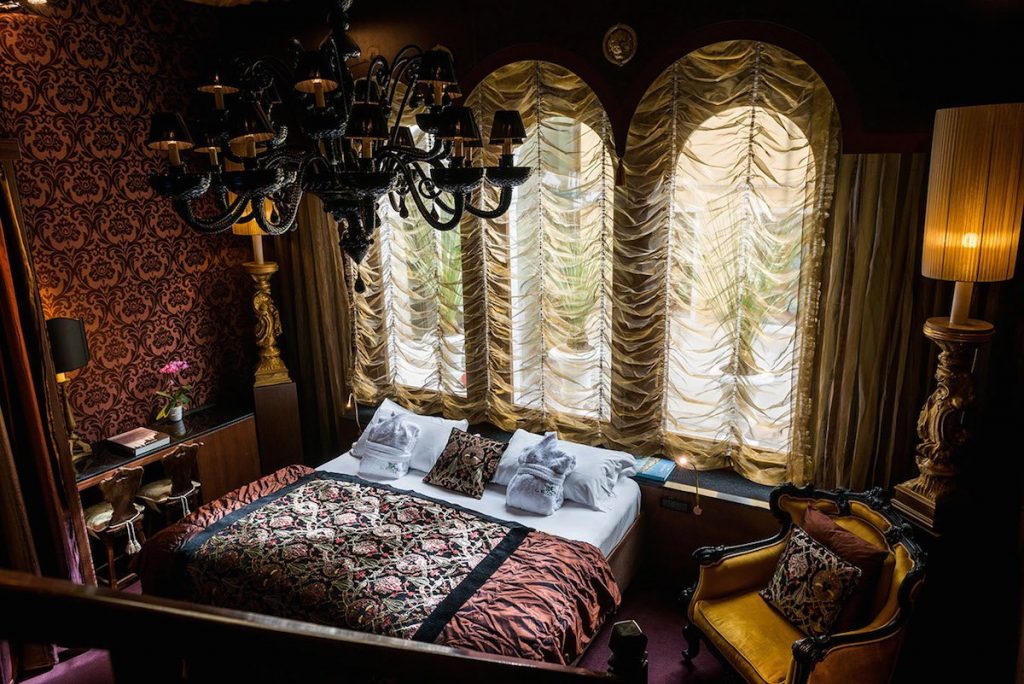 The maniacal attention to detail also extends to the service, a rare ensemble of that kind of attention that makes a stay unforgettable. At Ca Maria Adele you will love the details: tiny bells to call for service scattered in every corner of the hotel, the minibar included in the room rate, the king-size beds, scented rose petals scattered everywhere, the courtesy set boasting London Gilchrist & Soames amenities, and, of course, a 24/7 concierge service ready to fulfill (almost) every wish.

Even breakfast is a unique treat: à la carte, guests are free to choose in advance not only what they prefer to eat the next morning (from 8 to 12), but also in which room of the hotel: in bed, in the lounge living room in front of the fireplace, on the panoramic terrace or in the breakfast room. At Ca Maria Adele the petit-déjeuner is a true ritual served by waiters who seem to be borrowed from an imperial palace of bygone days.

This time the secret is really unusual: Ca Maria Adele was the home of the grandmother of the founder of Veneto Secrets, then sold in the 1930s by her family following the death of her great-grandfather. A discovery made by Lavinia by chance after staying at the hotel and being struck by the strangely and delightfully “familiar” atmosphere she had experienced.